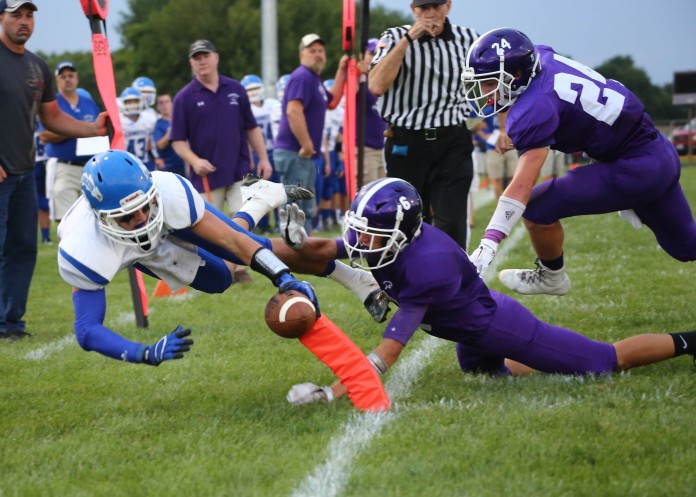 The Greenville High School football team notched a 48-15 win over Litchfield in its season opener on Friday night to start the 2016 season. The win is the 300th victory in the history of the football program at GHS.

Brady Simpson caught 11 passes for 156 yards, three of them for touchdowns,
Running back Christian Moss ran for 69 yards and caught 6 passes for 56 yards. He scored two touchdowns.

Leading the defense were Stephen Schlaefer and Matt Timmermann with seven tackles apiece. Timmermann also had an interception.

Sophomore Mason Johnson intercepted a pass in the first quarter and returned it 60 yards for a touchdown.
The Comets next game is Friday night at home against Piasa Southwestern.

Below are just a few of the sights from the game Friday in Litchfield that saw the Comets leading 30-7 at halftime over the Purple Panthers.

For more photos, check out Walker Photography’s sports photo gallery at the link on the right. 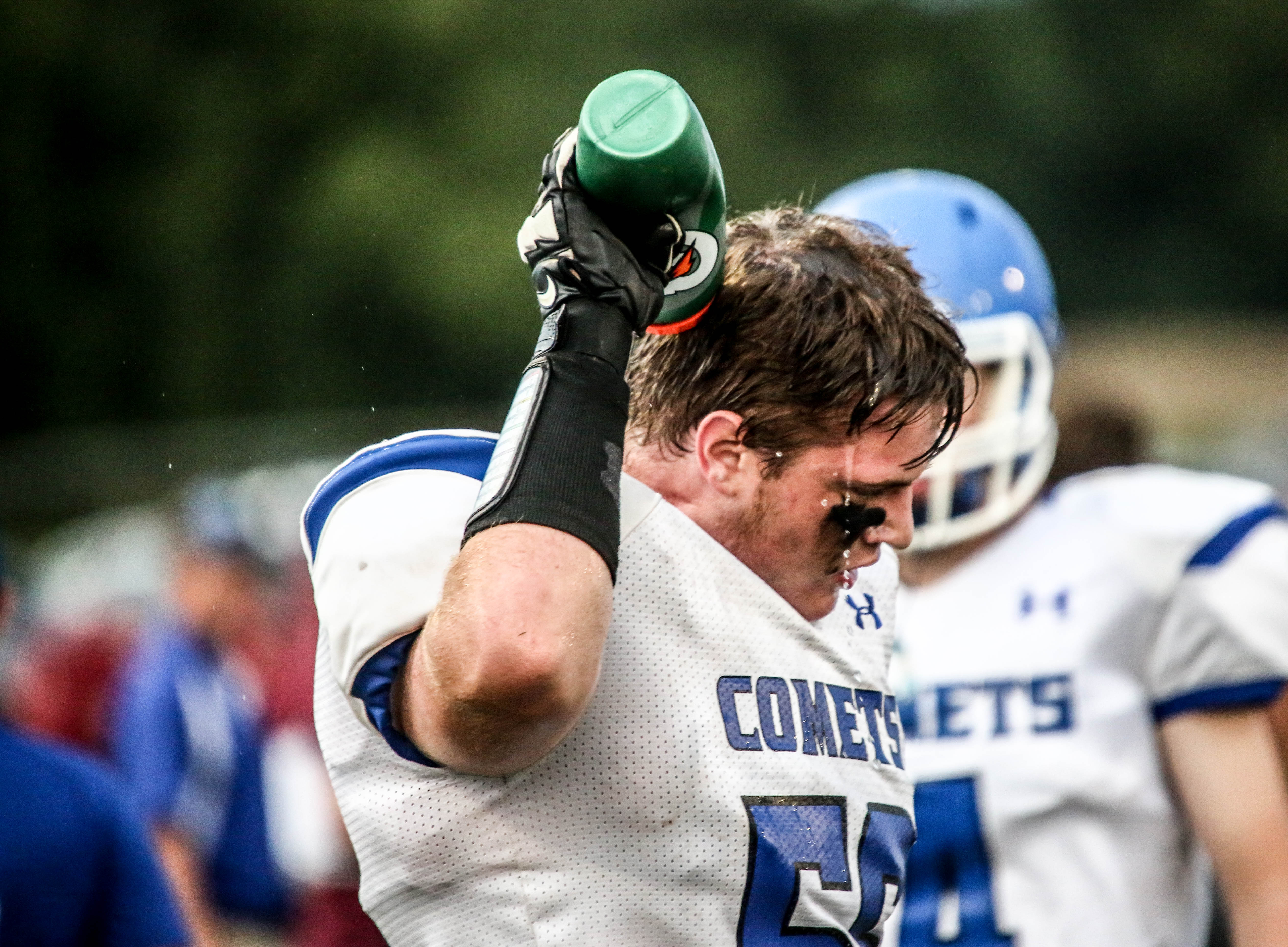 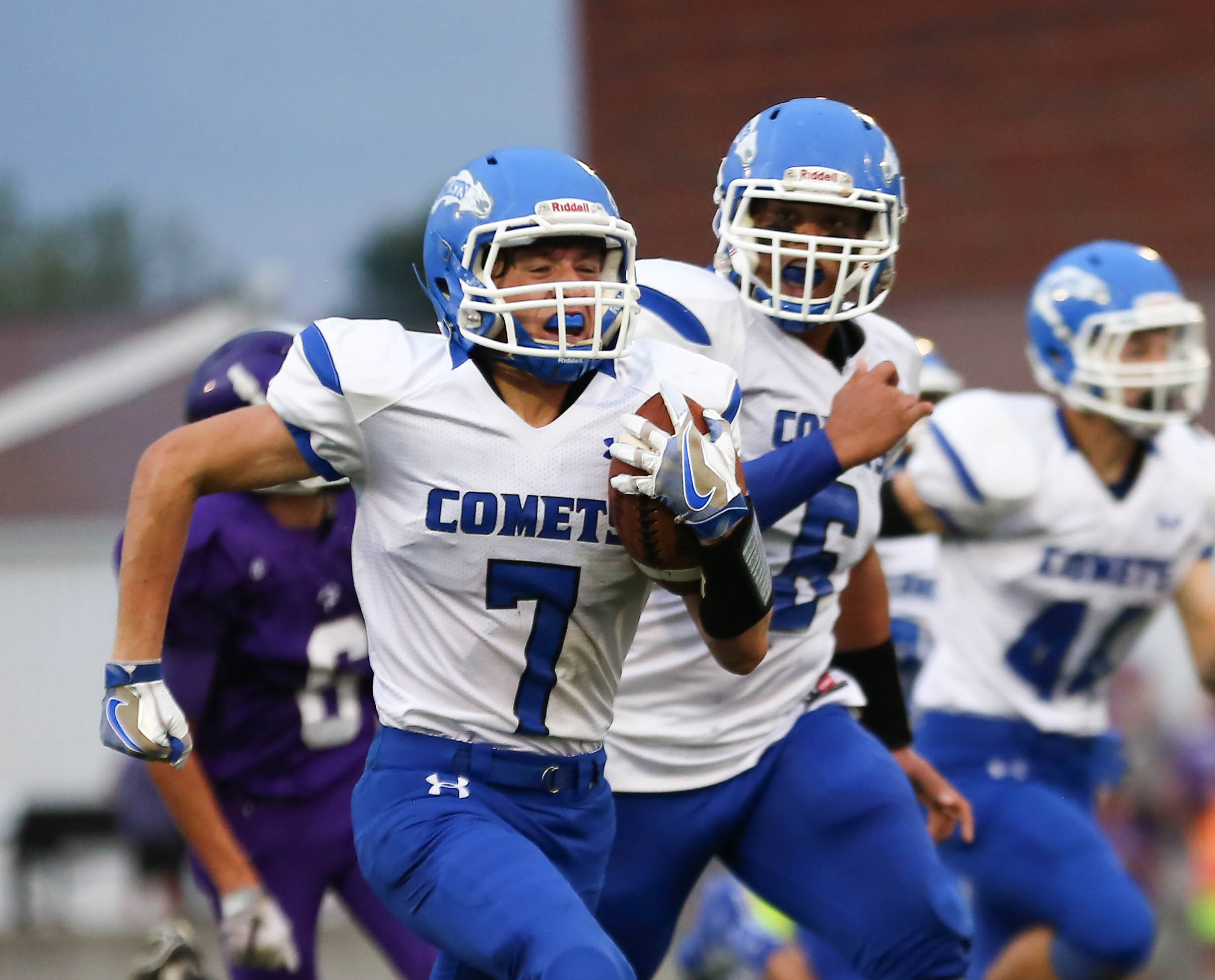 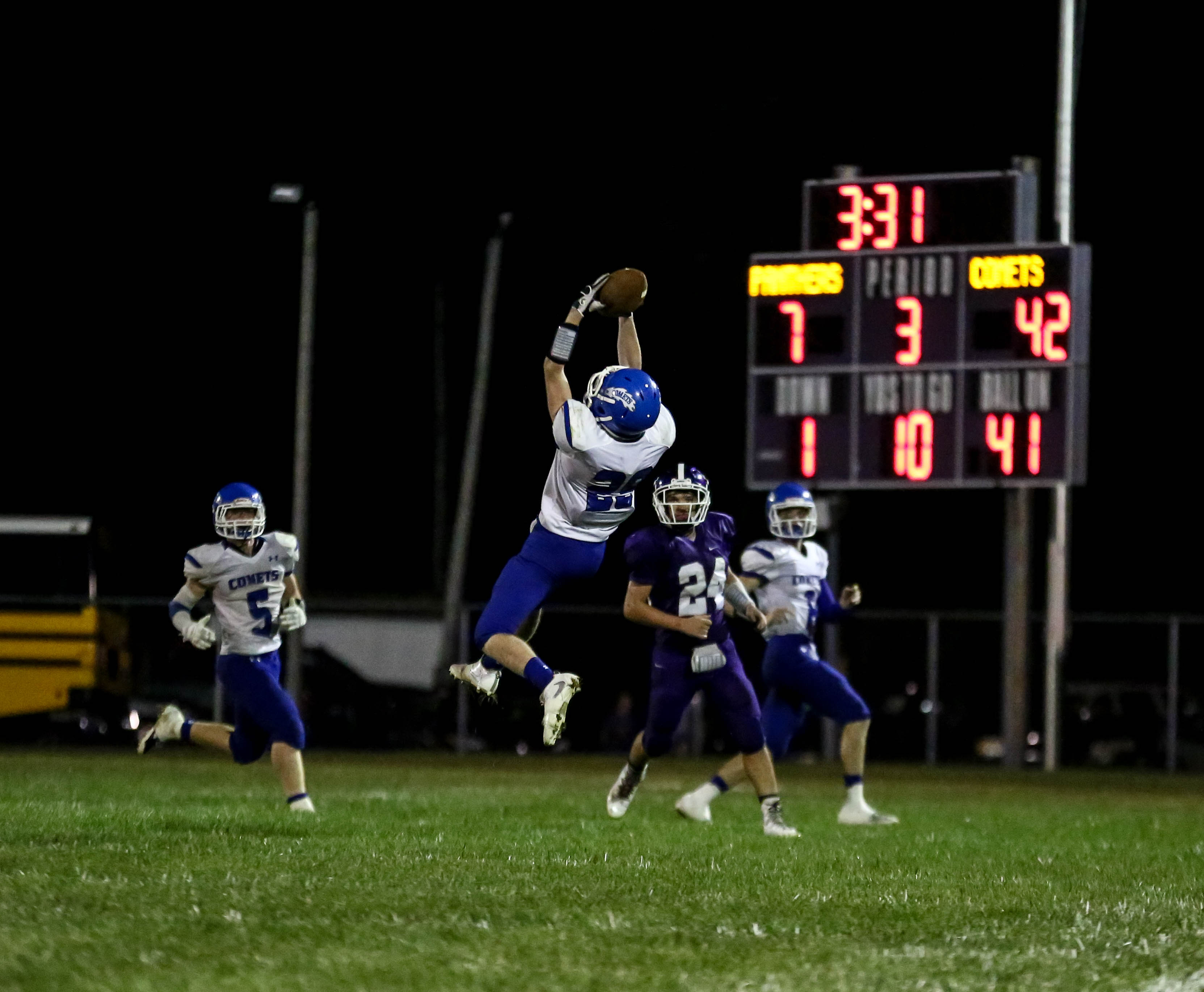 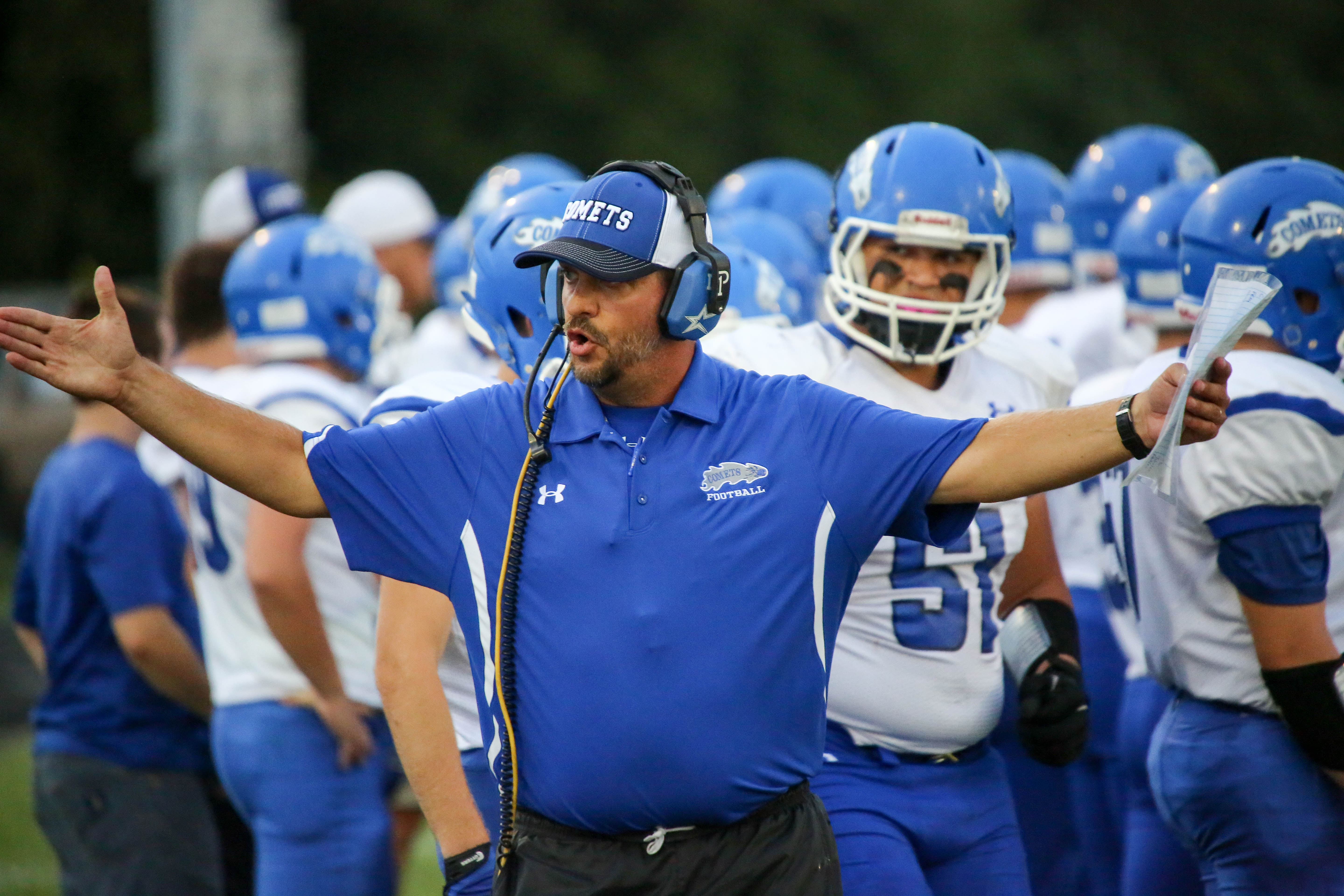 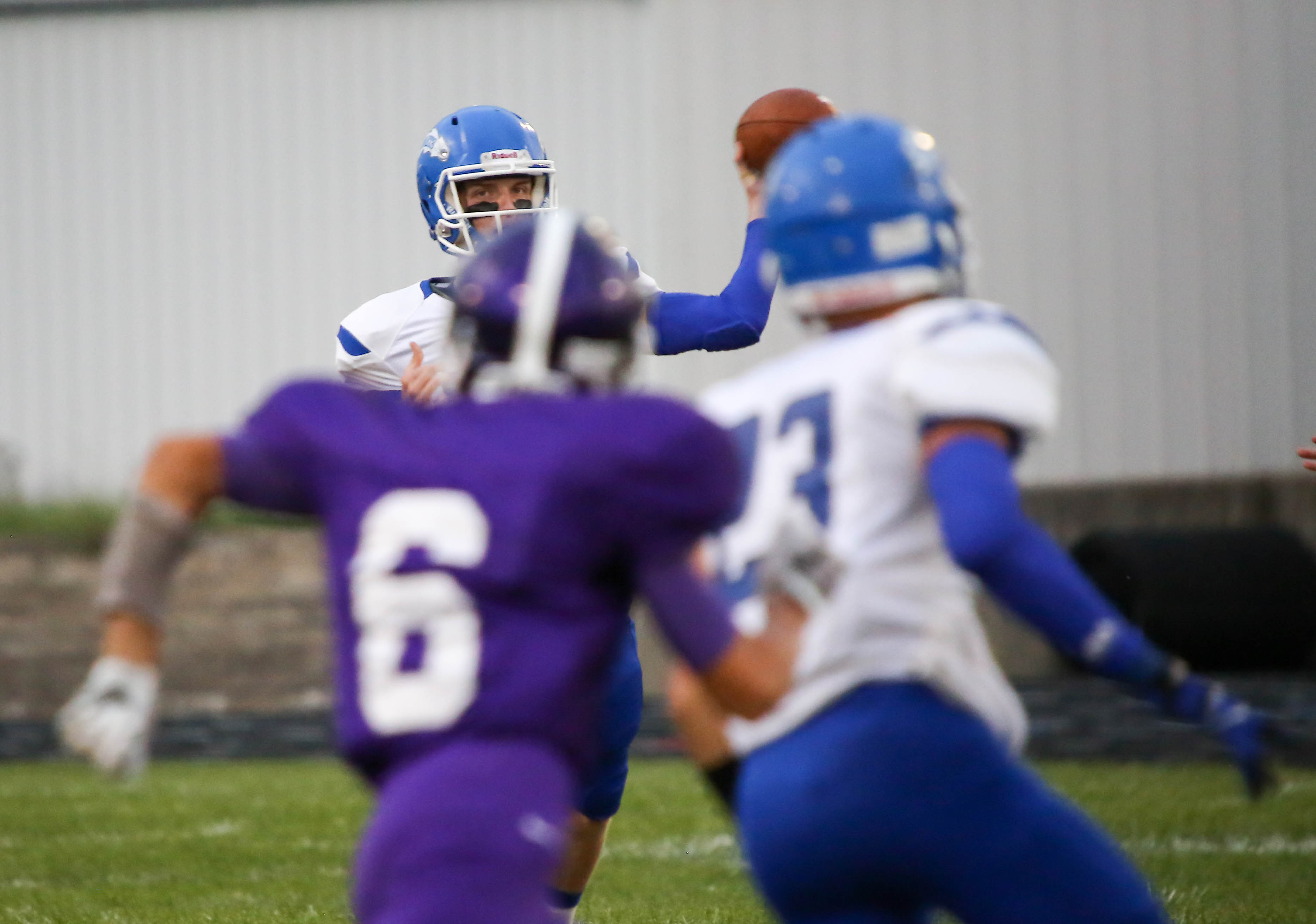