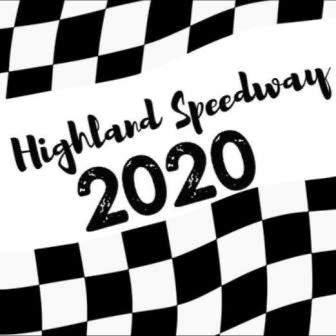 Be sure to tune in to WGEL 101.7 FM at 7:50 AM every Monday for the weekly Highland Speedway Update, brought to you by Hy-Tech Transmission & Auto Repair.

Once the sun went down the action heated up on Saturday night at Highland Speedway. Four classes of racing brought in 54 cars with a new winner in each division for the third points race of the 2020 season.

In the UMP Steve Schmitt Late Model class feature race the #78 of Chad Zobrist (Highland) led the show from start to finish and won his first feature of the 2020 season. Zobrist rode the high line and was lightning quick off the restarts in a race that saw six yellow caution flags over 25 laps. The #16 of Rusty Griffaw (Festus, MO) and the #52 of Matt Bailey (Highland) came on late and finished second and third with Griffaw moving up seven spots.

In the best race of the night, the UMP O’Reilly’s Auto Parts Modified class had another first-time winner in 2020 with the #15 of Chris Smith (Highland) taking the checkered flag in a back and forth battle with 2019 Highland Speedway Champion #84 Tyler Deibert. Smith used the inside line for nearly the entire race while Deibert chased him down on the cushion. But in the last two laps, fans saw a role reversal with Smith taking the high line and Deibert going down low. The #15 and #84 pushed and bumped their way through the last lap and Smith edged out Deibert at the finish. #128 of Zach Schantz (Highland) finished third with nearly the entire grandstand on its feet.

The UMP Carquest Auto Parts ProModified Class feature race gave Highland Speedway fans their third new winner of the 2020 season as #5 Owen Steinkoenig (Highland) came back from a bumpy race two weeks ago to take the win pulling away. The real battle was for second and third as the #63V of Cody Ventimigilia (Highland) and the #29H of Cale Hartnagel (Pocahontas) raced hard over the 15-lap feature to finish second and third respectively. In a fun finish, 13 year-old and soon to be 8th grader Talen Beard (Highland) had plenty of support in the crowd and finished in the top ten.

Lastly the Cheetah Mobile Device Repairs Street Stock class feature race gave fans plenty to cheer about as the #70 of Marc McClintock (Marissa) stayed on the gas and won his first feature of 2020 season at Highland Speedway. The #9X of Trevor Isaak (Highland) spun out early and came from the back of the field to finish second. The #242 of Blake Stieb (Highland) rounded out the top three in a 12-lap thriller.

The biggest show of the year the AGGRESSIVE UMP Summer Nationals rolls into town next week on Saturday, July 18th for three classes of racing. Many national drivers like the #32 of Bobby Pierce and 2019 Gateway Dirt Nationals winner #28 of Tyler Carpenter will be in attendance. Gates open at 4pm so get there early as grandstand tickets are $30 with kids 12 and under free with a paid adult. Pit passes are $40 for the $10,000 to win DIRTcar Racing Summer Nationals Late Model feature plus a $1500 to win Summit Racing Equipment Modified feature and $525 to win Carquest Auto Parts ProModified feature.

More information can be found on the Highland Speedway Facebook page or by going to www.highlandspeedway.com. 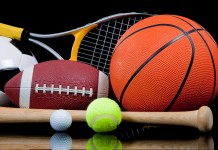 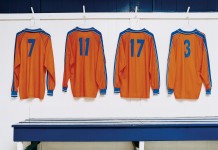