As the pandemic has had an adverse effect on sports, Greenville High School has taken advantage of an offer for two video cameras to present sports games virtually, when they resume.

GHS Athletic Director Joe Alstat talked about the two cameras that have been installed at the football field and gymnasium.

He said every athletic director in the state was notified by a company called Pixellot that they would provide two $6,000 motion-activated cameras free of charge to any school that wanted them. The school was responsible for installation costs. One has been installed at Don Stout field and one in the high school gym.

Officials were worried at the time that if they had sports, they likely wouldn’t have fans, so they thought it would be a way for people to see the games.

Alstat said with a subscription, the cameras will allow Comets fans to see sports action if they can’t be at the game in person.

Basketball programs in Illinois are waiting to see when the sport can begin, while a football season is planned for the spring after being cancelled this past fall. 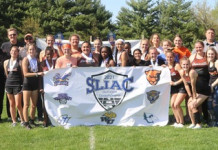 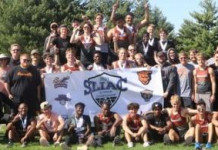