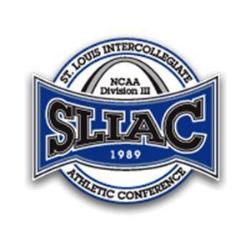 Greenville University athletes have been recognized by the St. Louis Intercollegiate Athletic Conference for their performances last week.

Maurice Radtke, a GU senior from Litchfield, was named the Men’s Field Athlete of the Week. Radtke notched a pair of top-three finishes during a dual meet against Illinois College. He took first place in the shot put and added a third place finish in the weight throw. His winning throw in the shot put was 44’3″, helping the Panthers top the host school 75-54 on the team score for the day.

Other Panthers receiving honorable mentions were GU women’s volleyball players Anna Finch who tallied 15 kills, hitting .682, in a win over Eureka, and Chasity Hill, who averaged 5.17 digs per set in two wins last week. GU’s Jeremiah Perry, of the men’s track team, took first place in the 3,000-meter run and added a second place showing in the mile.