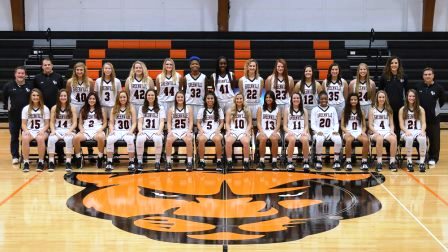 The Greenville University womens basketball team has advanced to the semifinals of the St. Louis Intercollegiate Athletic Conference’s tournament.

In Wednesday night’s quarterfinal round, the Lady Panthers defeated Fontbonne 81-54 in a game played at GU.

Greenville held a 37-19 lead at half time and was in front by 24 after three quarters.

Leading the Lady Panthers in scoring were Madelyn Stephen with 14 points, Ashley Anderson with 13 and Ally Cantrill with 11.

Greenville plays at Westminster Friday night in the semifinals. The GU women enter the action with an overall record of 9-9.

The SLIAC tournament championship game is Saturday at 7 p.m. on the court of the highest seeded remaining team.

The seeds include Webster at number one, Westminster, number two; Greenville, number three; and Eureka, number 4.