Sunday was performance day and GHS picked up several awards.

The Greenville High School cheerleaders won best group for the entire camp out of all teams there.

The varsity girls were honored for Best Game Day Performance, and the junior varsity squad was recognized for best camp pyramid.

Individually, Lilee Joiner was named Best Camp Jumper, and Lily Prater was Ultimate Base and received a senior scholarship.

Comets making the Top 10 were Lexie Griffin in the dance category, Avery Cantrill in tumbling, Lilee Joiner in jumps, and Joiner and Lily Prater were among the 10 cheerleaders in the running for scholarships.

Cheerleaders who qualified for consideration in the Top 10 were Emma Ketten, Lola Carman, Lexie Griffin and Sidney Griffin in dance; Lexie Griffin, Kelsie Hemann and Avery Cantrill in tumbling; and Lily Prater, Lilee Joiner and Ashley Schauwecker in jumps.

Coach Amanda Goldsboro said it was an intense camp in which the girls learned new skills. She added after last year with the pandemic, it was good to perform again before other squads, parents, relatives and fans.

The camp was sponsored by Xperience of Chicago. 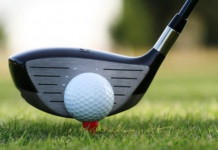