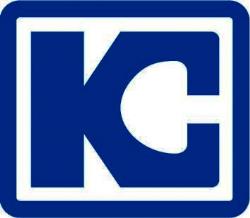 The Kaskaskia College softballs team had its best season yet, and it could be a precursor of more good things to come next year.

“The goal from the beginning of the season was to win our conference, and we placed second,” said Coach John Barnes. “We got close to that and reached our second goal by getting to the playoffs.”

The Blue Angels may have lost to John A. Logan College in the postseason on May 8th, but Coach Barnes is already looking forward to next year.

For the first time in KC Athletics history, four of the current players are Division 1 prospects for four-year university softball programs. Players Shelby Houchlei, Mayci Wilderman, Ivy Smart, and Josie Grunloh all had interest from Division 1 universities. Houchlei signed with Missouri State as a right-handed pitcher. In this season alone, Houchlei had 26 wins.

“It was such a blessing to surround myself with determined and hard-working females,” said Shelby Houchlei. “The record [this year] will be something I remember, but not in the way I will remember these girls. I’m not sure I will ever be on another team like this one.”

“It’s exciting to see that they [scouts] are paying attention to the talent within KC’s program,” said Coach Barnes. “We’ve had a dozen or so players just in my tenure, continue with softball programs, but Division 1 interest is a new level for us.”

“I chose KC because I believe Coach Barnes is taking this program in the right direction, and it’s something I wanted to be a part of,” said Josie Grunloh. “This team was one of a kind with so much talent.”

Coach Barnes has been the head softball coach at Kaskaskia College since 2019 and has worked hard to rebuild the program, facing barriers such as COVID-19 and years of eligibility rules for potential players.

He previously coached at Greenville University, Lindenwood University, and Mulberry Grove High School. Barnes has also served as a deputy in the Bond County Sheriff’s Office since 2012.

“Next year is set to be solid,” said Barnes. “We’ve added three new pitchers and looking at adding some new depth in positions. Our returners are looking to be solid.”