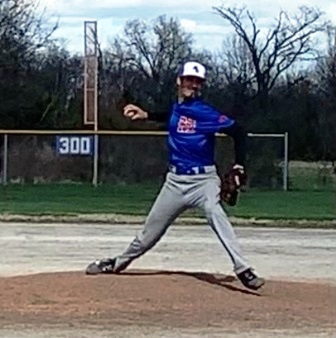 The Mulberry Grove High School baseball team had an excellent spring season, posting a 12-8-1 record and reaching the championship game of its regional.

The Aces’ Blake Scoggins is one of 18 players named to the Class 1A All-State Team by the Illinois High School Baseball Coaches Association.

Mulberry Grove Head Coach Chad Nelson told WGEL that particular recognition has not occurred for the Aces since he has coached. Scoggins led the team on the mound and at the plate with passion for the sport, leading to the well-deserved recognition. Nelson is proud of Scoggins’ physical and mental growth in baseball from a young age up to now. Scoggins provided leadership needed for the team and greatly contributed to their success this season.

Scoggins pitched for the Aces and played shortstop.