#9 seed Snyder Financial vs #14 seed PUB 36
#10 seed 4th Street Lanes – 2.0 vs #13 seed 4th Street Lanes (this will be a good one as well)
#11 seed L&B Flooring vs #12 seed DeMoulins Brothers
Results – WEEK 13 Matches
Supplied Energy 30 vs WGEL 42
* WGEL finished the regular season strong defeating the young and upcoming Supplied Energy team by a score of 42 to 30. After the win WGEL was awarded the Regular Season Championship and will receive a bye next week in round one of the playoffs. Top golfer in this watch for WGEL was Keith Baldwin, shooting a Net score of 3 under par 33.

Snyder Financial 40 vs Donnewald Distributing 32
* Frank Snyder and his team had an outstanding final week of the regular season defeating Donnewald Distributing by a score of 40 to 32. Snyder Financial will play in the Consolation Flight in this year’s playoffs. Despite losing for the past 7 straight weeks Donnewald Distributing will compete for the League Championship as the 5th seed in the Championship Flight.
L&B Flooring 29 vs Bond County Law Enforcement 43
* Sheriff Jim Leitschuh and his Law Enforcement Officers had an outstanding night defeating L&B Flooring 43 to 29 in the final week of the regular season. The Sheriff was the top player in this group posting an impressive net score of 4 under par 32.

PCI – Piasa Commercial Interiors 30 vs Bradford National Bank Blue Team 42
* In the final week of the regular season Bradford Banks Blue Team picks up an impressive win over PCI, defeating them by a score of 42 to 30. Doug Stroud and Mike Ennen were the were the top golfers for Bradford on Wednesday night.

Bradford National Bank White Team 41 vs 4th Street Lanes 2.0 31
* Look out…here comes the reigning champions. Last year’s League Champions are in the Championship Flight and now have a chance to defend their championship. Bradford Banks White team defeated 4th St. Lanes 41 to 31 which moved them into the Championship Flight in the last week of the regular season. Steve “Romy” Rommerskirchen was the top player for Bradford shooting a gross score of 1 under par 35.
Pub 36 47 vs 4th Street Lanes 25
* Adam Evans team owner of Pub 36 made a rare appearance on Wednesday night and tied a 9 hole league course record. Adam shot a net score of 8 under par 28 as he led his team to a week 13 victory over 4th St. Lanes 47 to 25.
CLOSEST TO THE PIN HONNERS: (Week 13)
Steve “Romy” Rommerskirchen – Bradford Bank White Team – closest to the pin hole #3
Rick Blockyou – PCI – closest to the pin hole #8

It’s Playoff Time – Week one of the playoffs will be played on Wednesday, August 17th – 5:30pm Start Time at the Greenville Country Club. 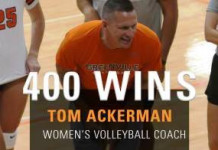