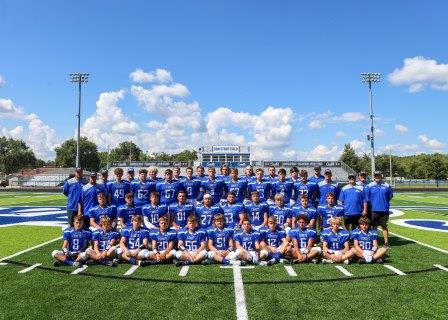 The Greenville varsity football Comets have a four-game winning streak after posting a 41-12 decision at Litchfield Friday night.

The Comets never trailed in the game, taking the lead when Dieken Graber returned an interception for a touchdown.

After Nick Grull recovered a fumble, the Comets scored again on a Grant Wilderman 11-yard run. Graber booted both extra point kicks successfully and it was 14-0.

Litchfield posted its first TD on a 59-yard pass play at the end of the opening quarter.

The Comets scored at 7:56 in the second quarter on another TD romp by Wilderman, this time covering nine yards. The Panthers found themselves trailing 20-6, but didn’t lay down. They returned the next kickoff about 75 yards for a touchdown to make it 20-12.

A five-yard pass from Ryan Jackson to Dieken Graber expanded the Comet lead to 26-12 just before halftime. Grull ended the half with a pass interception.

Neither team scored in the third quarter.

The Comets added two touchdowns in the fourth quarter. Wilderman recorded his third of the game with a seven-yard run, and Declan Graber scored on a five-yard run.

The senior running back Grant Wilderman was a workhorse for the GHS offense. He carried the football 43 times for 209 yards. Quarterback Jackson threw for 137 yards.

The Comets are 4-1 for the season. They host unbeaten North Mac at Don Stout Field this Friday.