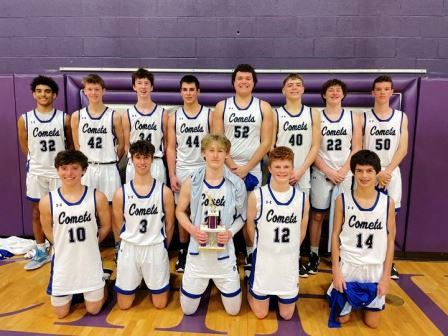 The Greenville High School boys defeated Taylorville 81-69 to go 3-1 in the tournament.

Taylorville scored 44 points in the first half, and the Comets stayed close by sinking eight threes.

By the end of the third period, the Comets were in front by three points, thanks to recording seven more three-pointers. They outscored the Tornados 16-7 in the final frame to win by 12 points.

Landen Moss and Kaleb Gardner were named to the all-tournament team.

The Comets play at Carlyle Tuesday night. The game will be broadcast on WGEL.