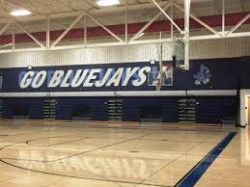 A big second half propelled the seventh grade Greenville Blue Jays to victory Saturday morning in the opening game of the East St. Louis Lincoln Class 7-3A Regional.

They were behind by three points at halftime, then outscored the opposing team 20-8 in the second half.